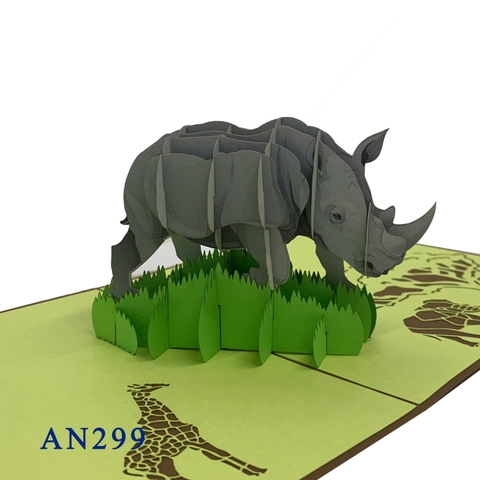 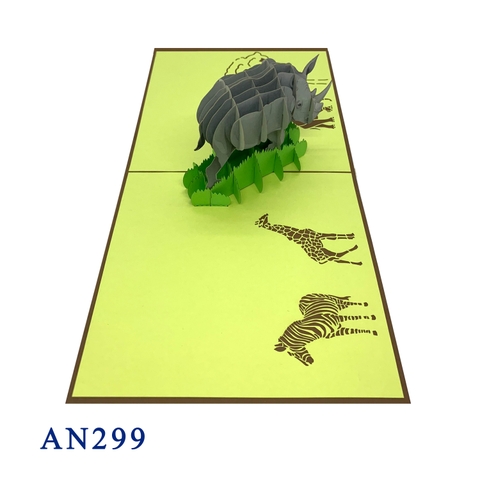 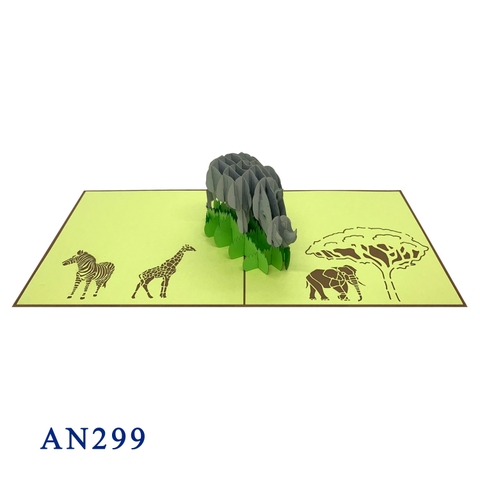 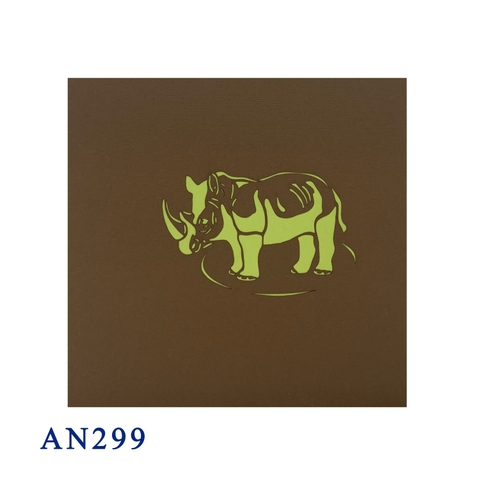 Three species of rhino—black, Javan, and Sumatran—are critically endangered. Today, a small population of Javan rhinos is found in only one national park on the northern tip of the Indonesian island of Java. A mainland subspecies of the Javan rhino was declared extinct in Vietnam in 2011. It is such a huge loss for us if this animal goes extinct. This card not just appreciates the beauty of a rhino, but also to remind us of the importance of maintaining and protecting the diversity among wild animal.

Inspiration for the Rhino Pop Up Card

Rhino as a totem is the symbols of gentleness, unconventional behavior, peaceful personalities, steadiness, power, and agility. People born under this totem or protected by at are peaceful and steady personalities who know what they want in life and how to get it.

Occasions for the Rhino Pop Up Card

Rhinoceros Pop Up Card is an exciting and unique gift for your youngsters, especially animal lovers. This card is perfect for birthdays, anniversaries, and ceremonies.